Ardo, with its headquarters in Ardooie, is a major global player in the production of fresh frozen vegetables, herbs and fruit for retail, foodservice and the food industry. The strong growth in recent years resulted in a turnover of 1 billion euros with 3,800 employees in 2017. The group has a global sales network, with 21 units in 9 countries responsible for production, packing and distribution.

At the award ceremony for the ‘Onderneming van het Jaar®’, Ontoforce won the ‘Award of the Flemish Government for the Scale-up of the Year’ 2018. The other nominees were Lemon Companies, Rombit and UgenTec. Flemish Minister of Work, Economy, Innovation and Sport Philippe Muyters presented the award to Hans Constandt, founder and CEO of Ontoforce. Ontoforce is the 13th laureate to receive this award and succeeds PlayPass, the 2017 winner.

Ontoforce has been called ‘Google on steroids’. The company is rapidly conquering the world with its innovative technology which makes complex data accessible to everyone in an ultra-fast and really simple way. Ontoforce works with well-reputed international research institutes, has won many international awards and is now tapping into new markets as well. Ontoforce achieved a turnover of 1.2 million euros in 2017 with 27 employees.

An award for Belgian companies that distinguish themselves

“The ‘Onderneming van het Jaar®’ award has rewarded the top of the top of Belgian entrepreneurship for 24 years. Ardo is a strong Belgian family business that manages to achieve very impressive results through boldness and talent. The company is also firmly committed to sustainability. Thanks to a powerful fusion of various branches of the Haspeslagh family, Ardo has achieved considerable synergies and improvements in earnings. The company has thus developed into an undisputed European leader and is set to play an important role globally. The retention of the family culture in the business during the significant expansion is admirable and makes Ardo ideally positioned for further growth, with the focus on Corporate Social Responsibility and sustainability”, explained Michèle Sioen, president of the jury.

Patrick Rottiers, Country Managing Partner of EY Belgium added: “Profitable growth and innovation go hand in hand. Ardo’s innovation strategy consists in innovating products that are authentic, flavoursome, natural, attractive, user-friendly, nutritious and healthy, with the focus on sustainability in the growing and production processes, packing and the logistics chain. Ardo has managed to pursue its growth while maintaining an entrepreneurial spirit and short lines of communication, inherent in the family culture to which the company remains committed. This makes Ardo a worthy winner of the 24th edition of ‘Onderneming van het Jaar®’.”

Ontoforce voted ‘Scale-up of the Year’

“Ontoforce is a very strong candidate and a worthy winner of the ‘Award of the Flemish Government for the Scale-up of the Year’. It is an entrepreneur’s idea born out of a personal story with a strong motivation. The jury is convinced that the concept of time squeezing in which Ontoforce specializes is a strong USP. The relevance of Ontoforce’s technology is also proven: having issued a wake-up call to the conservative pharmaceutical sector and gained an impressive list of clients (over half of the top companies in the pharma industry are customers of Ontoforce), they are now ready to expand into other sectors. This flexibility is also reflected in the company’s strategic positioning: it has metamorphosed from B2C to B2B. The company’s roots in B2C are apparent in the customer-focused usability of the product. This makes for an appealing, scalable and robust selling proposition and an attractive price point. Finally, Ontoforce has rapidly turned its sights on other continents. The jury believes that Ontoforce has a strong team with a healthy dose of ambition, making it well-placed to achieve its strategic growth objectives”, commented Jurgen Ingels, president of the jury.

“The ‘Award of the Flemish Government for the Scale-up of the Year’ is intended to reward and shine the spotlight on promising Flemish companies. Ontoforce demonstrates how a new company can claim its place in an old market by offering innovative solutions. Ontoforce can inspire others and, provided that it continues to develop, has a chance of winning the ‘Onderneming van het Jaar®’ award one day”, said Stefan Olivier, partner and Markets Leader EY Belgium. 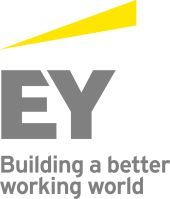